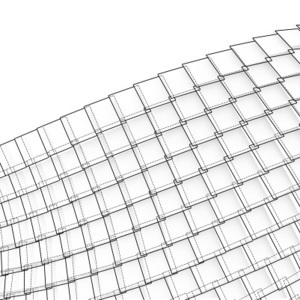 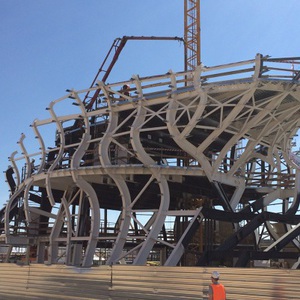 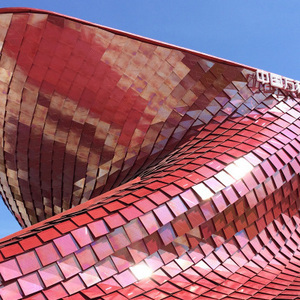 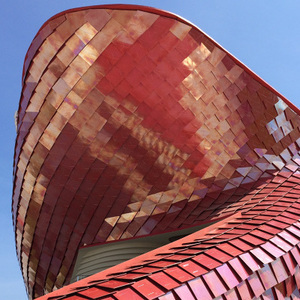 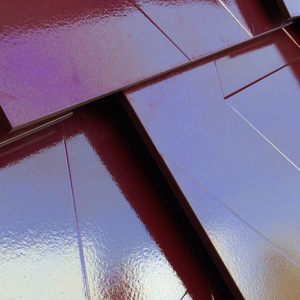 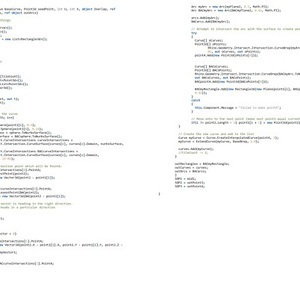 The twisting form of the pavilion for Chinese property developers Vanke at Milan Expo 2015 set a number of complex challenges to structural practicality and facade geometry which were solved with some creative thought, in-house coding and complex parametric modelling.

Even though no part of the building geometry was the same the structure itself needed to be simple and rational to limit cost and on-site complexity. The building was clad in ceramic tiles all of which would be different in size if a conventional discretation of the surface had been followed. Working with Architects Studio Daniel Libeskind we changed the pattern from that of thousands of different tiles to less than a dozen saving a huge cost as well as simplifying their backing structure.

Inspired by traditional boat building we also proposed a conceptually simple ‘slicing’ of the building and then fabricating the resulting steel ribs from flat steel plate elements.