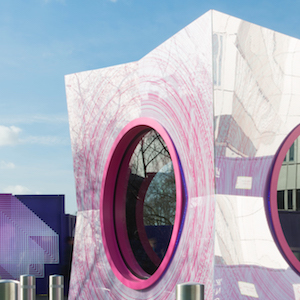 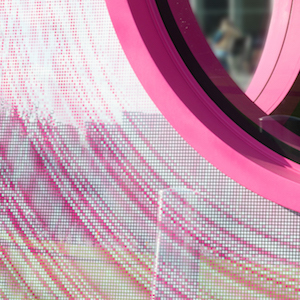 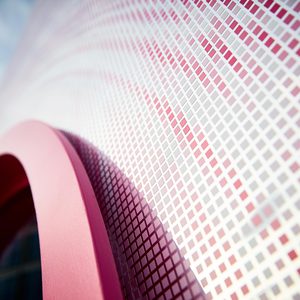 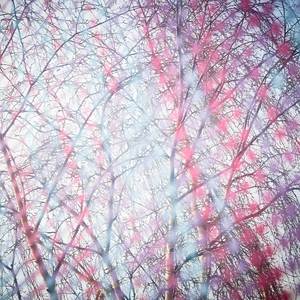 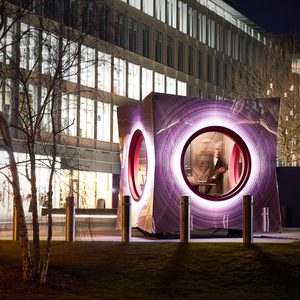 Our role on The Pod was to help Fathom Architects develop a parametric workflow in Grasshopper which would translate a recording of the first human speech transmitted by radio – ‘One, two, three, four, is it snowing where you are Mr Thiessen’, as spoken by Reginald Fessenden – into a pattern of 350,000 pixels printed on a mirrored surface. The interference between the patterns required careful thought and custom scripting to ensure it met the visual aspirations of the Architect and branding consultants dn&co. The moveable structure is to be used for podcast recordings, allowing up to six people to work in the space. It is currently sited at White City Place in Shepherds Bush, West London, the former home of the BBC.

See Fathom’s website for more information about the project.